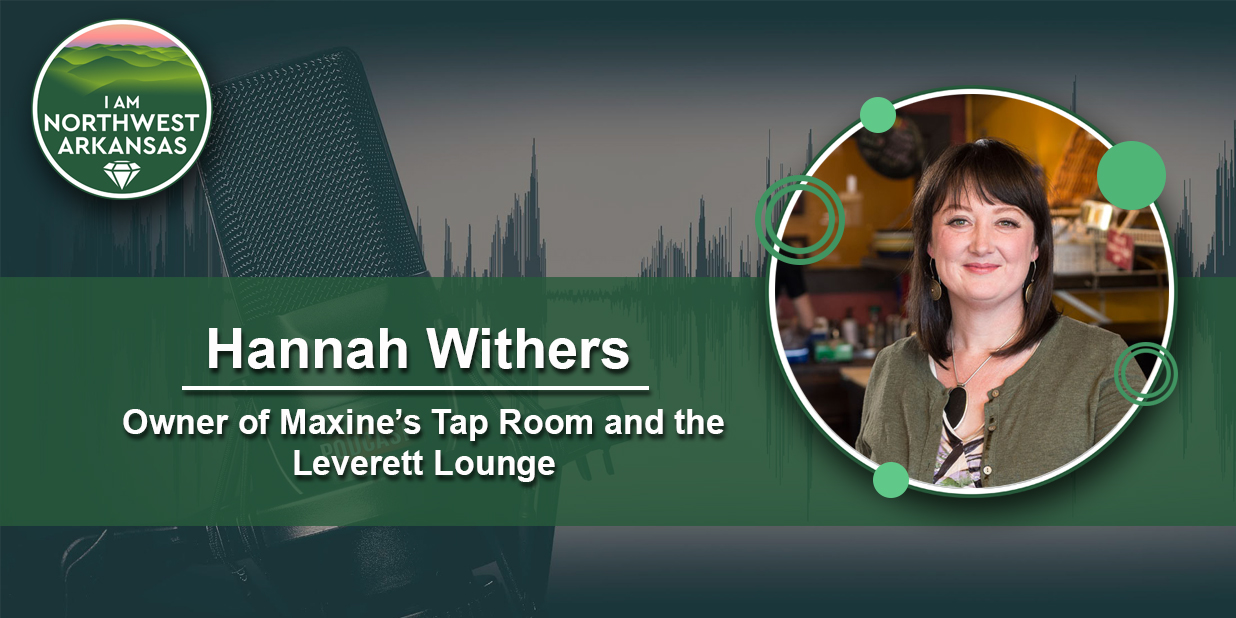 On this episode of the podcast, we sit down with Hannah Withers.  Hannah along with her husband Ben Gitchel are the owners of Maxine’s Tap Room and the Leverett Lounge both in Fayetteville.  Hannah has been working in a food-retail environment since she was thirteen years of age. Those valuable experiences coupled with her husbands time as a Saucier have brought them to the place we find them today. Maxine’s Tap Room was just named one of the best bars in America by Esquire Magazine and Leverett Lounge is a culinary experience to behold.

Hear how Hannah and Ben started the Little Bread Company one of their first businesses in Eureka Springs and how they brought it to Fayetteville during the economic downturn of 2008, persevered and built the business up and eventually sold it to some of the employees.

Not to be outdone with the success of the Little Bread Company, Hannah and Ben were introduced to Maxine’s niece and the rest, as they say, is history.  Next up came the Leverett Lounge which originally started as a Laundromat and Sliders establishment but eventually became one of the most popular neighborhood restaurants in all of Fayetteville, the Leverett Lounge.

All of this and more on this episode of I am Northwest Arkansas.

This episode is sponsored by: